Skip to content
Home » Thoughts » The Craftsman and the Artist 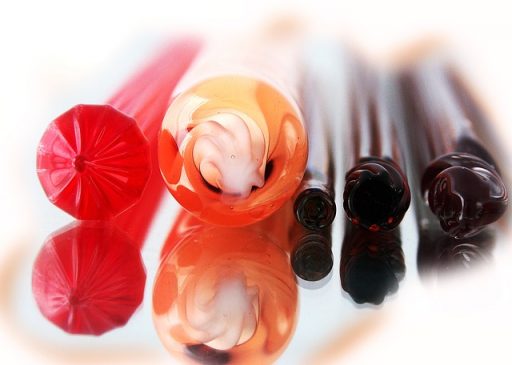 Is there a difference between artistry and craftsmanship? Am I an artist or a craftsman? Is it fair to judge a craftsman by an artist’s standards?

I really enjoyed watching the the show Blown Away on Netflix. I don’t want to spoil the ending, but I do want to discuss some thoughts it brought to mind about creativity and art. My concepts might not be new, but I wondered if they strike a chord with anyone else.

First, I’ll briefly describe the show. Blown Away is a relatively traditional single elimination reality show where an artist is eliminated every week until the final showdown. I think the most unique thing about the show is how short each episode is. Fitting into a 30 minute TV time slot with an approximate run-time of 22 minutes leaves absolutely no time for the usual reality show fluff transitions and suspense. I appreciated this and often found myself wanting even a little more time to watch the contestants at work.

I think I can say without spoiling anything that I found myself fascinated with the final two contestants and the contrast between them. After some reflection on the two contestants I concluded that they each embodied different archetypes of creative persons that I have decided to categorize as craftspeople versus artists. I am going to paint with a broad brush here so bear with me as I definitely don’t want to offend anyone. I also hate to commit the cardinal sin of saying there are only two types. Please correct me as you see fit!

If you aren’t an artist, you probably have run into at least one in your life. When I think of artists two primary traits come to mind. The first is a desire to create that is intrinsically motivated. I think of people I have known who can’t stop drawing or painting or writing songs even if they were to try. In addition to a drive to create I think the second hallmark of an artist is that they have conviction and a message they want to share through their creation. Regardless if the rest of the world agrees to see it, an artist is convinced that their message is worth sharing through their creation. For the artist the act of creation is to make real an important concept or idea in the artists mind so that others can experience it. An artist may have wild fanciful ideas that lead to amazing creative expression. Sometimes the artist’s ideas will lead to feelings of rejection if the rest of the world doesn’t get the message. In either case, the artist will seek to project their inner thoughts into the world.

I realized long ago that I am more of a craftsman than an artist so I will use some examples from my life to explain what I mean. I always enjoyed art as a child and even have a half decent eye for landscapes. For this reason I always signed up for art classes and found myself around similarly inclined classmates. What I realized throughout my education was that some people had art pouring out of them constantly while I could only manage a trickle. It wasn’t that I lacked skill or ideas, it was that I didn’t share their drive to create and express. What I did notice was that I enjoyed the act of creation as much as the creation itself and that I am usually less concerned with the message of the work than the act of creating itself. Another way to think about this is that I don’t consider myself as having the spontaneity of ideas that I think artist tend towards, but I love the act of creation and refinement.

It would be foolish to say that artists don’t have skill in the mediums of choice. Obviously great artists have craftsmanship in their work. I think the difference between someone who is art driven versus craft driven is where their motivation comes from.

I don’t feel that one is lesser than the other. Some differences do broadly exist though. I suspect a craftsman is more likely to respect tradition and methods than an artist. I think an artist is less likely to be concerned with minor details in the finished work than a craftsman. I also suspect that the greatest creators among us exemplify both ways of thinking.

Culture at large probably tends to embolden the artist with their desire for creating a sharing ideas versus a craftsperson who seeks to perfect the method of creation which may be very subtle to an untrained eye. Some of these differences are what struck me about the competition in the show. Is it fair to judge a master craftsman by an artists standards? Which is more important, form or function?

With differences such as this, conflict is bound to occur occasionally. An inspired artist might look down on a craftsperson as lacking creativity. On the other hand the craftsperson might see the artists disregard for tradition and finesse in a medium as sloppy and egotistical.

Art and Craft in Harmony

The goal of these thoughts is not to create conflict. I think these two modes of creativity should respect each other and live in harmony. Artists grow both through finding ideas as well as refining the craft of their creation. I also believe that finely executed craftsmanship even of traditional forms is worthy of the highest respect. Is a master carpenter’s table a form of art or of craft? What about the Sistine Chapel?

Do you see yourself as an artist or a craftsman? Is there another type of creativity that I left out? Let me know. I think creativity is one of the greatest expressions of humanity so I would love to learn how others relate to and feel creativity in their lives.