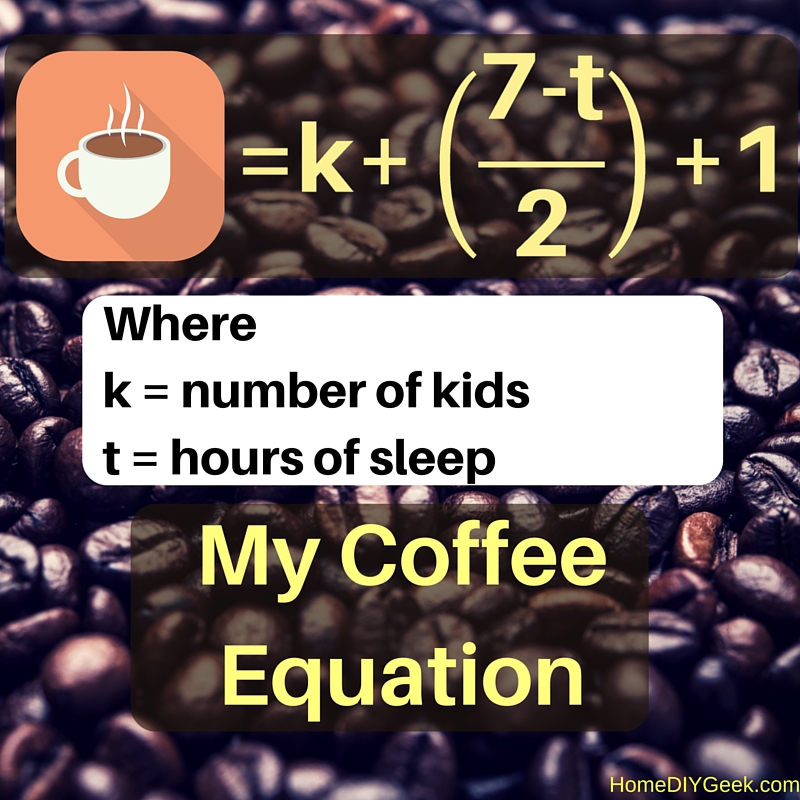 My wife was surprised to hear me mention my third cup of coffee for the day because she thought I only drank two. Upon some reflection I came up with the above formula to calculate my coffee consumption.

However, that formula didn’t take the lack of sleep from having a baby into account at all. Hence the middle term was added to represent that for every two hours of sleep I lose, I tend to drink one additional cup of coffee. This formula also anticipates that if I ever got an impossible nine hours of sleep, I would need one less of cup per day. Ahh, to be young again…

Have you calculated your coffee intake formula?